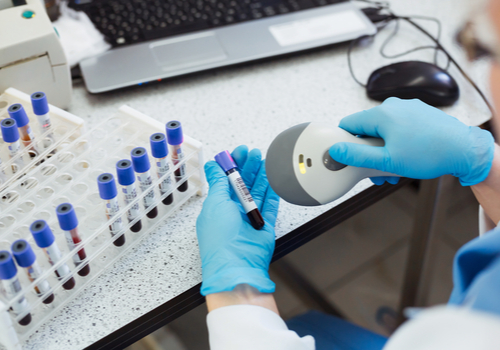 NPS, commonly referred to as designer drugs, circumvent existing laws regarding drug control and scheduling guidelines. Beginning with synthetic cannabinoids in 2008, the category now includes hundreds of novel benzodiazepines, stimulants, hallucinogens, and opioids including fentanyl analogues that are contributing to the exponential increase in deaths and addiction.

Illicit (non-prescription) drug use, addiction, abuse, and associated crime and health problems including overdose deaths all remain serious public health threats. Narcotics and other drugs of abuse continue to take their steady toll on communities; however, over the past fifteen years, a dangerous trend has emerged toward increasingly widespread abuse of new forms of synthetic or designer drugs.

are strong sedatives often in the form of tablets or powders.

include amphetamines, cocaine, ecstasy and other psychedelic chemicals.

Discuss your forensic toxicology laboratory testing needs and our postmortem toxicology services for NPS, designer drugs, and synthetic analogs with our staff of licensed forensic toxicologists. New and returning clients get phone and email support and can set up exclusive secure access to their account in our convenient online client portal.